Dr. Eric Anderson grew up in Sandy, Utah.  He received a degree in Biomedical Engineering from the University of Utah in 2004.  He then began his studies in dentistry and earned his DDS at Creighton University in Omaha, Nebraska.  He and his family moved to Columbus, Ohio for his periodontal residency at The Ohio State University where he graduated with his MS in 2011.

After finishing his residency, Dr. Anderson and his family moved to Colorado and made it their final home.  He enjoys road biking, backpacking, kayaking, water skiing, snowboarding, and spending time with his family. 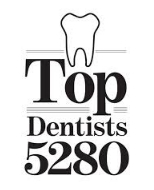 Service and volunteering are important to Dr. Anderson.  He enjoys volunteering his time to his local church and he also volunteers dental services both nationally and internationally.

Christine Theroux
22:23 24 Jun 17
I am a general dentist that needed to get a sinus lift, bone graft and an implant. I have seen the outstanding periodontal work by Dr. Anderson over the years and knew I wanted him to perform my surgery. Dr. Anderson and Dr. Gasca have a true passion for their work and excel in their field. These periodontists have great skills as surgeons, but also have an eye for esthetics, which is critical in the front area of the mouth.. I have the advantage of seeing many periodontists' work in my practice, and I chose Dr. Anderson because of his commitment to excellence! I highly recommend this practice.

Ramiza Mahic
20:19 27 Jul 17
I do not think five stars is enough for Dr Gasca and his team. I saw Dr Gasca for the consultation and I was amazed by the excitement and care that I personally have received and all the other patients that were waiting for their appointments . They truly do care about every single individual that walks through their door and make sure that patients are comfortable every step they do. Thank you all for being so kind and caring!

Kyle O'Donnell
15:04 14 Aug 17
Like Dr. Theroux, I am also a general dentist and I have been sending my patients to Aurora Periodontics for over two years. They have always treated my patients so well and communicate every step of progress with me and my team. Having seen their work first hand, I can say Drs. Gasca and Anderson are some of the best surgeons I've met to date. If I ever had the misfortune of losing a tooth, I would be calling Drs. Gasca and Anderson without a second's hesitation. :D

Raquel R
19:42 26 Feb 17
I love Aurora Periodontics. The entire team is wonderful, they were very professional and helpful during the entire process. Dr. Gasca was great about explaining the procedure and took the time to make me feel comfortable from the very first appointment. I even received a call from him to check how everything was going hours after the procedure. I would give them more than 5 starts if it was possible, they deserve it.

Bosco Man
17:04 07 Apr 17
I'm very happy with Aurora Periodontics. The staff are very friendly, compassionate and helpful. Going through an extraction, bone grafts, sinus lift and implants was a long process, but I felt I was always under great care. Dr. Gasca was excellent at insuring my comfort, explaining the process and making sure I was pain free. I highly recommend Aurora Periodontics.

Jennifer Opitz
21:11 18 Jan 18
Dr. Anderson and his staff are professional, and genuinely care about your health. I had gum graft surgery one year ago with fantastic results! I wouldn't trust anyone else with such a delicate procedure.

R Hughes
03:23 24 Jan 18
I would like to take this opportunity to thank Dr. Anderson and his excellent staff for their outstanding care. Everyone I dealt with were 5 stars or higher in their loving care for this old cowboy. You guys remind me of that famous saying, "BEST CARE ANYWHERE." That's what you do and "NOBODY DOES IT BETTER." dr. rl hughes
See All Reviews